Peter Navarro is one of only three senior White House officials who remained with President Trump from the 2016 presidential campaign to the end of his first term in office. Navarro was director of the Office of Trade and Manufacturing Policy, served as policy coordinator for the Defense Production Act during the pandemic, and was a principal architect of Trump’s tariff, trade, and “tough on China” policies.

Navarro is a noted China scholar, sought-after public speaker, and award-winning professor emeritus at the University of California-Irvine. His numerous books include the bestselling In Trump Time and The Coming China Wars, and he has delivered keynote speeches to audiences around the world.

Navarro holds a Ph.D. in economics from Harvard University, a master’s in public administration from the Kennedy School of Government, and a B.A. from Tufts University. He has appeared frequently on ABC, CBS, NBC, CNN, MSNBC, Fox, Bloomberg, and CNBC. 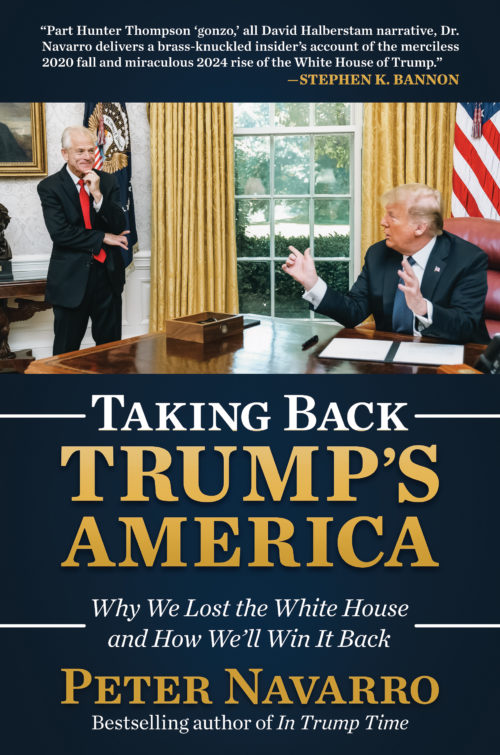