Moll Anderson is an accomplished author, television and radio host, interior designer, life stylist, and advocate for women and children globally. Moll’s career has been filled with many professional achievements, including winning an Emmy for her work as an entertainment reporter; being chosen as one of Donna Karan’s Women Who Inspire; and as a three-time recipient of the Gracie Awards which recognize outstanding programming created by women and about women, as well as individuals who make exemplary contributions to the industry.

Moll is a woman of many trades. Her lifestyle and interior design acumen have been enthusiastically embraced by readers of her four home and lifestyle books. She has been a regular contributor to The Doctors television show and a guest co-host on FABLife, and she has appeared on numerous other television shows, including Access Hollywood Live, Good Day LA, The Talk, Good Morning America, The Today Show, and Dr. Phil. Moll has been featured in national publications such as InStyle and Cosmopolitan, USA Today, Huffington Post’s Women in Business, as well as in regional publications.

Along with her professional work, Moll is a dedicated philanthropist, focusing her energy on many deserving causes. Moll is an advocate for survivors of abuse, and she commits her time and resources to improving and protecting the lives of women and children in her community and internationally through her work with such organizations as Habitat for Humanity, Boys and Girls Club and UNICEF. Moll shares UNICEF’s belief that education is key to breaking the cycle of poverty. In 2010 The Moll Anderson Endowed Scholarship was established at the University of Tennessee. The scholarship allows single parents to pursue their educational careers while caring for their children. Moll received the Spirit of Compassion Award at the 2016 UNICEF Snowflake Ball. 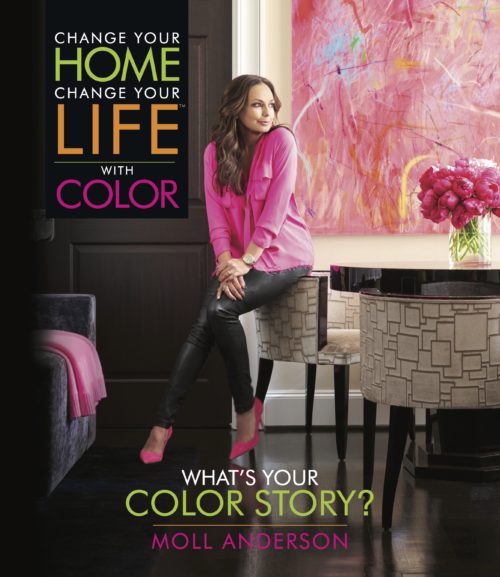