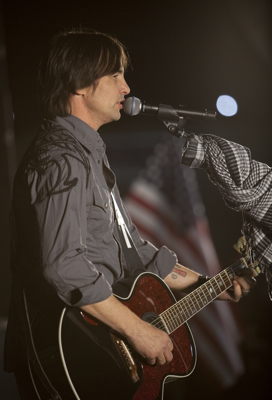 “Use the gifts you have been given to set the example for others to follow. Because when you do, the world around you becomes a better place. And you have made a difference.”

You can hear it in his songs and you can feel it in his delivery; Keni Thomas is passionate about his mission in life. Whether standing on the stage of the Grand Ole Opry or entertaining the troops on a tiny outpost in the Afghani mountains, the southern country-rocker is indeed using his God-given gifts to deliver a message through his words and his music. His tremendous talent as a songwriter and performer have firmly established him as one of Nashville’s most respected up and coming stars.

As an entertainer, Keni has been recognized by congress, the White House, and was recently inducted into the VFW Hall of Fame for his dedicated work on behalf of our veterans and military families. He regularly tours with the USO to perform for our troops deployed on the front lines. And he is proud to serve as a national spokesman for the Special Operations Warrior Foundation, which provides college educations to the children of our special operations personnel killed in combat or training.

As a combat veteran of the 75th Ranger Regiment, Thomas and his fellow rangers distinguished themselves in an 18-hour fire fight that would later be recounted in the highly successful book and movie Blackhawk Down. Nineteen Americans died and 78 were wounded in some of the worst urban combat seen by US troops since WWII. Keni uses his unique story to reach thousands of people across the country as a motivational speaker and best-selling author. His uplifting message of leading by example stresses the importance of knowing what it means to be counted on and setting a positive example for others to follow. Thomas is a graduate of the University of Florida and a recipient of the bronze star for valor. 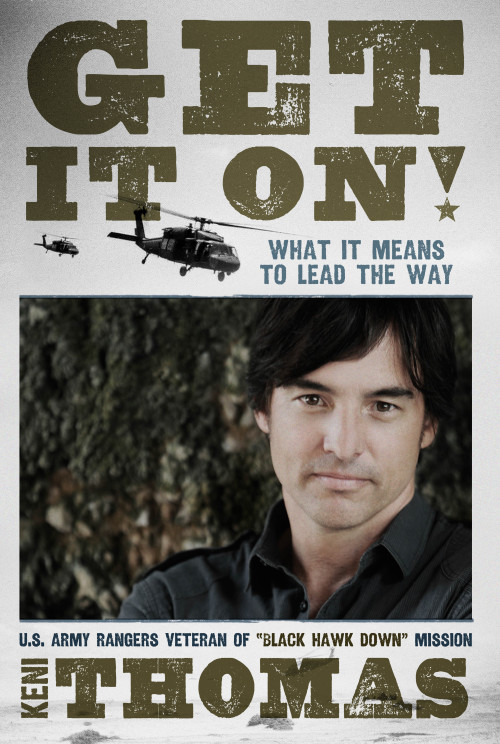