Kemper Crabb is a contemporary scholar, a dedicated Episcopal priest, a prolific songwriter and recording artist, and a quiet revolutionary. His media impact varies from his PBS special, Downe in Yon Forest, with a viewing audience in the millions, to a series of worship recordings and rock albums shared on early CCM radio. He is now most active in churches and concert halls in Texas. Considered by many a pioneer of Christian music, he has always garnered a following from the faithful. Texas legend Stevie Ray Vaughn, during an appearance on MTV Unplugged, proclaimed Kemper’s early release, The Vigil, his favorite record. Known for his bands ArkAngel and RadioHalo, he also joined the radio-popular Caedmon’s Call and is now known to many for his popular Medieval Christmas Concerts.

Through all his creative transformations, Kemper has been devoted to Christ and His church. He has studied, served and become a well-respected priest known for his exceptional teaching. His ardor for Christ leads his learning audience to pursue an uncompromising Gospel. He is a sought-after teacher in and out of his ordained CEEC community. Deeply committed as an educator in the Classical Charter School community, he is helping reform how students view their world. A bold Texan, he has a heritage of evangelism through his father, who has been engaged in foreign missions for over forty years with two Nobel prize nominations . His passion for Jesus and His church has led Kemper to write this manuscript and engage readers to consider the Church as a revolutionary Liberation Front. 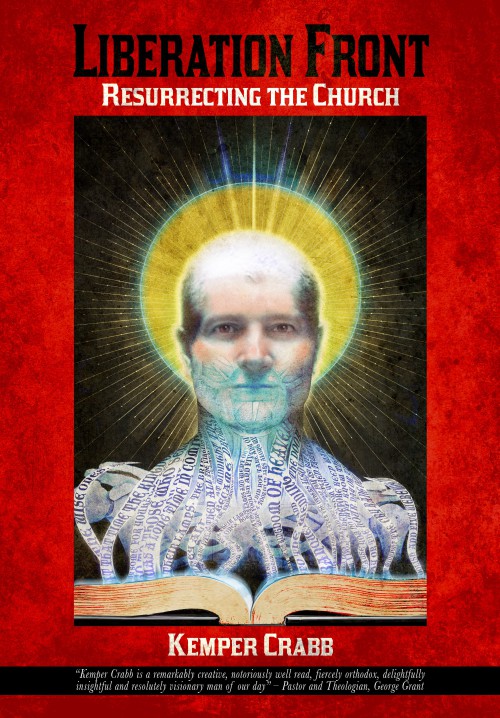