Jeff Weiss is the co-author of I Am My Brother’s Keeper (Schiffer Military History, 1998), which tells the story of American and Canadian volunteers in all branches of the Israel Defense Forces during the 1948 War of Independence. He is fluent in Hebrew, having completed a year of law school at Bar Ilan University. He is featured in the 2014 Nancy Spielberg documentary Above and Beyond. He is passionate about fitness and is an Ironman and ultramarathoner. In 2022 he made Aliyah to Israel. 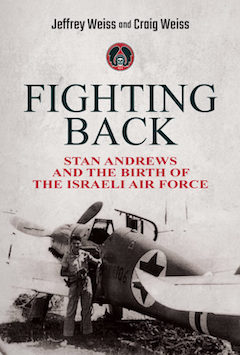