Jeffrey Breslow, a preeminent toy and game inventor and designer, spent over forty-one years inventing toys and games since graduating with a BFA from the University of Illinois in industrial design in 1965.
Jeffrey, at age thirty-four, became the youngest managing partner of Marvin Glass and Associates, the leading toy design company in the world at that time in 1976. They invented games such as Simon, Operation, Guesstures, the Evel Knievel Motorcycle, Mousetrap, and UNO Attack!
Jeffrey was inducted into the National Toy Hall of Fame in New York City in 1988.
Breslow left the toy business in 2008 to sculpt full time. His sculptures are on display at the University of Illinois and the Lurie Children’s Hospital and on permanent display in Vermont, California, New Jersey, and Uruguay. 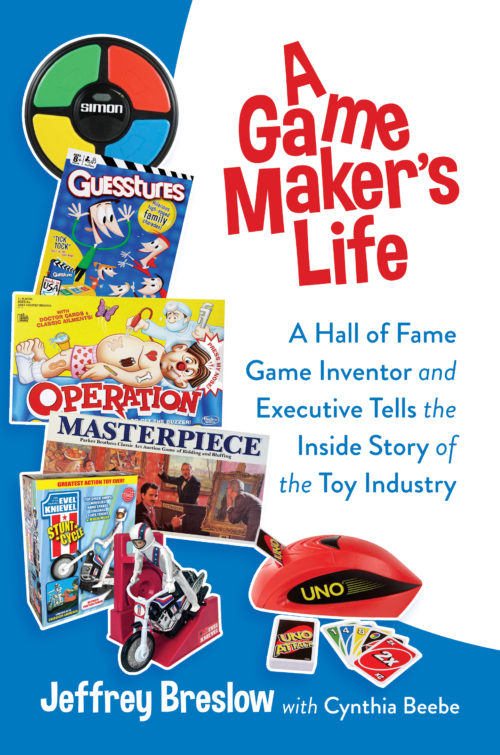