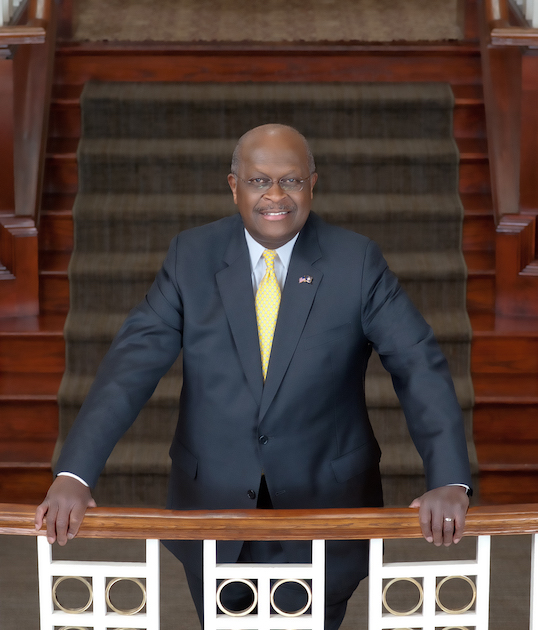 Herman Cain grew up in Atlanta, Georgia with loving parents and little else. They knew that their hard work was the key to achieving their American dreams and passed this on to their sons.

Herman graduated from Morehouse College with a degree in mathematics in 1967. Herman continued his education by earning his Master’s degree in computer science from Purdue University while working full-time developing fire control systems for the Department of the Navy. Though Herman enjoyed using his talents as a civilian employee for the Navy, he gravitated towards business, where he would be successful as a C.E.O. and sit on the board of directors for several multi-national corporations including Whirlpool, Nabisco, AGCO, Utlicorp, Reader’s Digest, and Hallmark.

His professional successes garnered the respect and admiration of industry peers who named him the President of the National Restaurant Association. Under Herman’s administration, the group grew significantly and began to lobby for the interests of America’s restaurateurs and small business owners, and in 1996 Herman was presented the prestigious Horatio Alger Award.

After coming in an impressive second in his 2004 bid for the United States Senate in Georgia, Herman soon became the host of his own radio talk show, “The Herman Cain Show,” on Atlanta’s WSB 750 AM/ 95.5 FM.

Today, as a former Republican candidate for the Presidency and seasoned business leader, he remains an active and outspoken voice for conservative issues. In January 2013, Herman began the next phase of his life’s journey with the start of the nationally syndicated Herman Cain Show, heard on many radio stations from 9 – noon daily. To complement the radio show, Herman also established www.hermancain.com which offers a constant flow of commentary, news, audio, video, humor, and reader/listener interaction, and www.cainradioraw.com which offers the radio show on demand and without commercials. Herman and his wife, Gloria, reside in McDonough, Georgia. 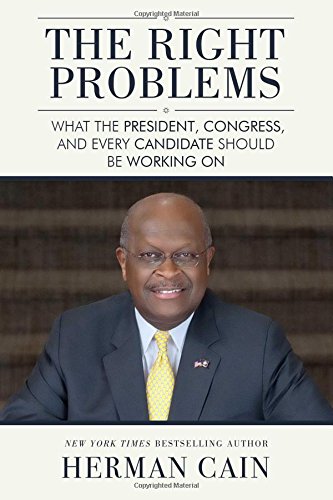