Bruce Johnson recently retired from WUSA-TV9 (CBS) in Washington, DC after serving forty-four years as an anchor and reporter. He anchored the six o’clock news and the seven o’clock news broadcast, called Off Script with Bruce Johnson. Bruce has won twenty-two Emmys, including the prestigious Ted Yates Award—which is awarded only with a unanimous vote of The National Academy of Television Arts and Sciences (NATAS) Board of Governors. He has been inducted into the Society of Professional Journalists Hall of Fame (SPJ), the NATAS Silver Circle, and the Washington DC Hall of Fame. He was selected as the Capital Press Club’s “Journalist of the Year” and chosen for the Murrow award. Bruce’s most prized awards are his community service and civic awards, which number in the hundreds. Bruce’s assignments for WUSA9-TV have taken him all over the world, including Moscow, Paris, Stockholm, Rome, Budapest, Bangkok, Tokyo, Dakar, Port-au-Prince, Beijing, Shanghai, and most recently, Cuba. Bruce started work at WCPO-TV in Cincinnati while still an undergraduate in Political Science at Northern Kentucky University. Northern Kentucky University has since awarded him an honorary doctorate degree. Bruce is a member of the National Press Club, The National Association of Black Journalists (NABJ), and a lifetime member of Kappa Alpha Psi fraternity. Bruce lives in Washington, DC with his wife and family. He is an avid cyclist. 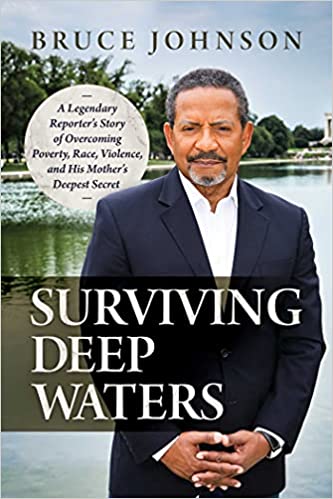