As a seventeen-year-old volunteer firefighter, Brian Walsh had so much to look forward to—then, in an instant, caught in a burning building where everything went wrong, he found himself clinging to life, his face burned beyond recognition. Even loved ones encouraged him to pursue a career and life that would keep him largely hidden.

At eighteen, from behind the mask he wore for two years, he met the love of his life. At twenty-one, he became an insurance agent, one of the most “face-to-face” jobs imaginable. At twenty-six, he co-founded Walsh & Nicholson Financial Group, which today serves over 1,000 clients in wealth management, estate and retirement planning, and more. He holds the esteemed designation of Certified Financial Fiduciary, serves as Vice President of the Million Dollar Round Table Foundation Board, and is deeply involved in charitable pursuits, including finding a cure for juvenile diabetes and supporting firefighters.

Brian lives in Haverford, Pennsylvania, with wife Mary Ann. They have three children and a beautiful granddaughter. 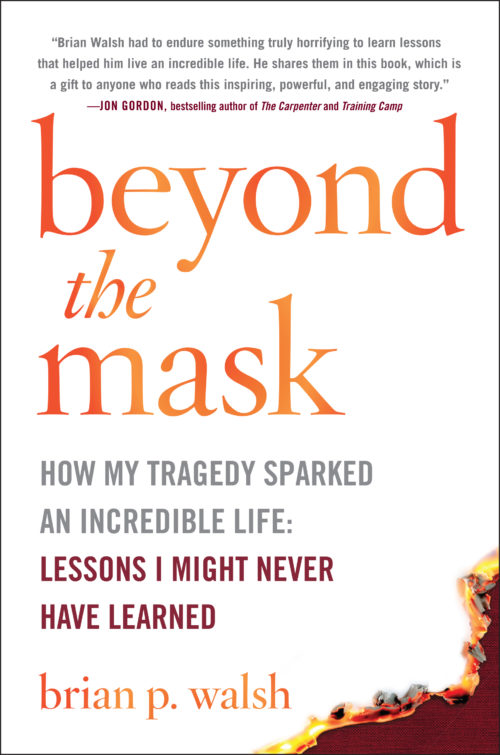